Rivian Automotive – Lower after a filing showed the company made 1,015 vehicles by the end of 2021. In Dec, co said it expected production to be “a few hundred vehicles short” of its 2021 target of 1,200 due to supply chain issues. Separately, RIVN announced Rod Copes retired as chief operating officer. On Monday, RIVN briefly fell below IPO price of $78 for the second time in three sessions, hit by a broad selloff of growth stocks and closed at its lowest since IPO.

$TSLA
Tesla Inc – Trading higher after December China sales numbers showed a 34% MoM increase in deliveries. The company sold a record 70,847 China-made vehicles in December, the highest monthly rate since it started manufacturing in Shanghai in 2019.

$INTC
Intel Corp – Higher after announcing it has named Micron Technologies finance head David Zinsner as CFO and executive vice president from Jan. 17, ahead of retirement of current finance chief George Davis in May.

$AMD
Advanced Micro Devices – Showing strength premarket after KeyBank raises its rating on on the chipmaker to ‘overweight’ from ‘sector weight’ pointing to cloud growth inflection with a PT of $140.00.

$AAPL
Apple Inc – Holding premarket gains after yesterday’s reversal. Announced new Fitness Plus subscription service. As per GSM Arena, the new features aim at making the users morning run more pleasurable. The new program will kick off with three cities- London, Brooklyn and Miami Beach. The users will be provided with an audio guide with tips and along with those, they will get matching photos and music.

$NKLA
Nikola Corp – Trading higher after Covenant Logistics Group signed a letter of intent for 50 of the company’s zero-emission vehicles.

$SBEV
Splash Beverage Group – Today announced it has received authorization to sell its TapouT performance drink in Florida beginning with 47 Walmart stores located in major metropolitan regions. Walmart has approximately 341 stores in the state of Florida, the second largest number of stores by state in the U.S 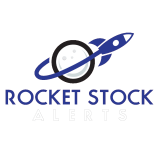